Honey: Nothing short of miraculous

A taste of honey: dipping fingers into the honeycomb. (Photo by Kathy Keatley Garvey)
“Honey, please pass the honey!”

That simple request, prefaced with a term of endearment for good measure, means there's honey on the table.

And well there should be. As the daughter, granddaughter and great-great granddaughter (and beyond) of beekeepers, I grew up with honey on the table. (And on my fingers, face and clothes.)

My favorite then was clover honey from the lush meadows and fields of our 300-acre farm in southwest Washington. My favorite now is Northern California yellow starthistle honey, derived from the blossoms of that highly invasive weed, Centaurea solstitialis, which farmers hate (and rightfully so) and beekeepers love.

“Almost every honey has its own unique flavor-- even when it is the same varietal,” says Amina Harris, director of the UC Davis Honey and Pollination Center. “There are characteristics we learn to look for, but even within that variety, the honey will differ from each area collected. For instance: avocado honey is known for being very dark amber with a flavor reminiscent of molasses, licorice or anise. However, once you start tasting a selection, some will taste like blackstrap molasses and very black licorice. Others will have almost a fruity flavor like dried figs or prunes. Most folks can't tell the difference – and then there are the honey nerds, like me!”

A beekeeper at UC Davis holds a frame of honey. (Photo by Kathy Keatley Garvey)

“My favorite all-around honey is one I keep returning to. I love sweet clover from the High Plains with its cinnamon hit —the spicy characteristic is just something I love,” Harris said. “My favorite ‘shock honey' is coriander. Collected near Yuba City, this seed crop gives us a honey that is like walking through a spice bazaar with hints of cardamom, cinnamon, allspice, nutmeg, coriander and — chocolate.”

The UC Davis Honey and Pollination Center, located in the Mondavi Institute for Wine and Food Science on Old Davis Road, periodically offers courses on the sensory evaluation of honey, as well as honey tastings. Next up: the center will host free honey tastings at its home base during the 105th Annual Campuswide Picnic Day on April 13, and at the California Honey Festival in downtown Woodland on May 4. Another popular honey tasting: California Extension apiculturist Elina Lastro Niño, based in the UC Davis Department of Entomology and Nematology, hosts a honey tasting at Briggs Hall during the annual Picnic Day.

There's more to honey than meets the eye — or the palate. The Honey and Pollination Center recently hosted a three-day Sensory Evaluation of Honey Certificate Course last October, using “sensory evaluation tools and methods to educate participants in the nuances of varietal honey,” Harris said. Northern California public radio station KQED spotlighted the course on its “Taste This” program.

And we owe it all to honey bees.

Pollination ecologist Stephen Buchmann of the University of Arizona (who received his doctorate in entomology from UC Davis, studying with native pollinator specialist Robbin Thorp), writes in his book, Honey Bees: Letters from the Hive, that each worker bee “may make four to ten or so flights from the nest each day, visiting hundreds or many thousands of flowers to collect nectar and pollen. During her lifetime, a worker bee may flown 35,000 to 55,000 miles collecting food for her and her nest mates. One pound of honey stored in the comb can represent 200,000 miles of combined bee flights and nectar from as many as five million flowers.”

Take a 16-ounce jar of honey at the supermarket. That represents “the efforts of tens of thousands of bees flying a total of 112,000 miles to forage nectar from about 4.5 million flowers,” writes Buchmann.

Of course, we primarily appreciate honey bees for their pollination services (one-third of the food we eat is pollinated by bees) but honey is more than just an after thought.

It's been described as “liquid gold,” “the nectar of the gods” and “the soul of a field of flowers.” Frankly, it's nothing short of miraculous.

And well it should be. 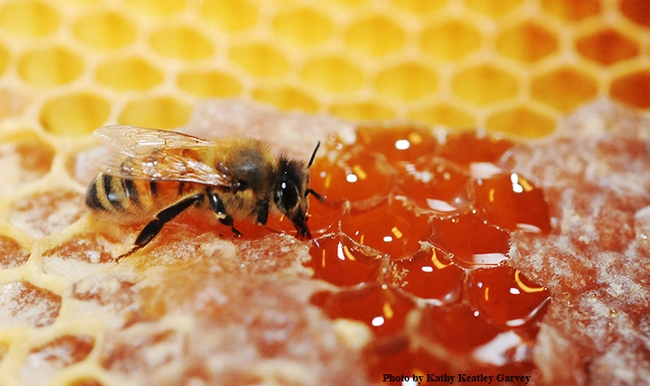 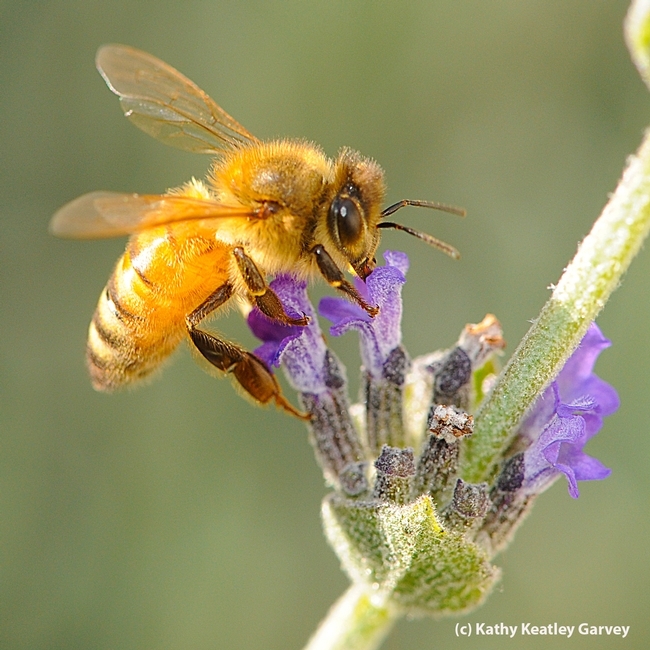 It's a perfect example of "the bad, the ugly and the good."In that order. Not "the good, the bad and the ugly."The yellow starthistle (Centaurea solstitialis) is the kind of... 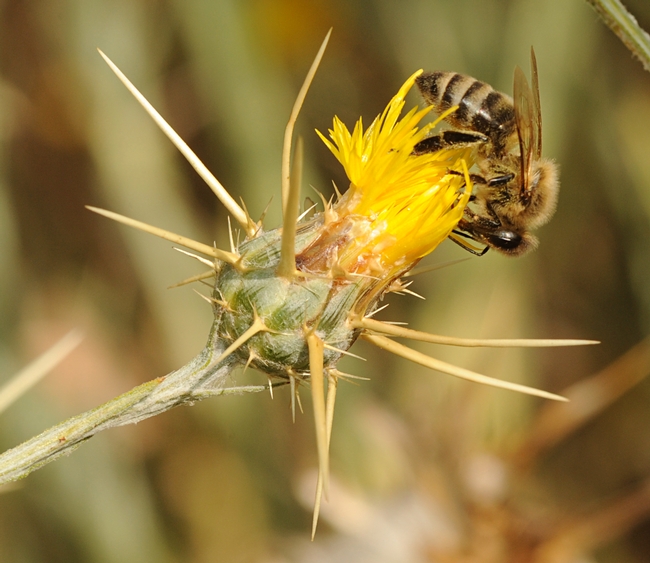 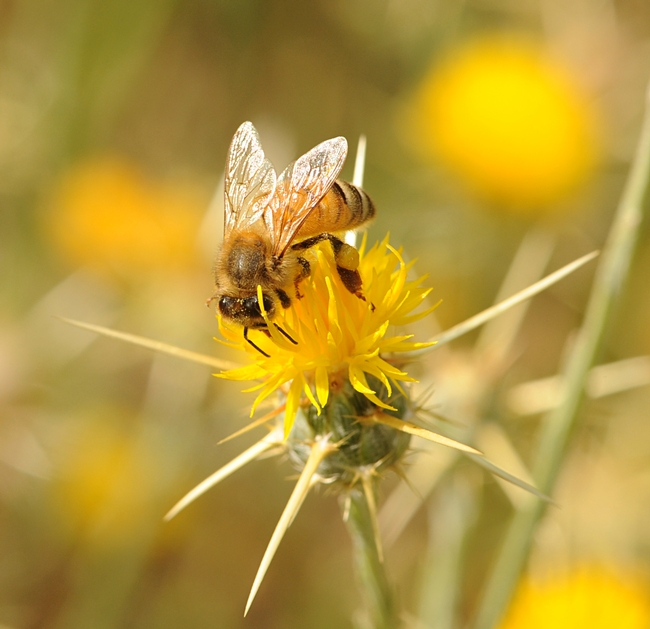 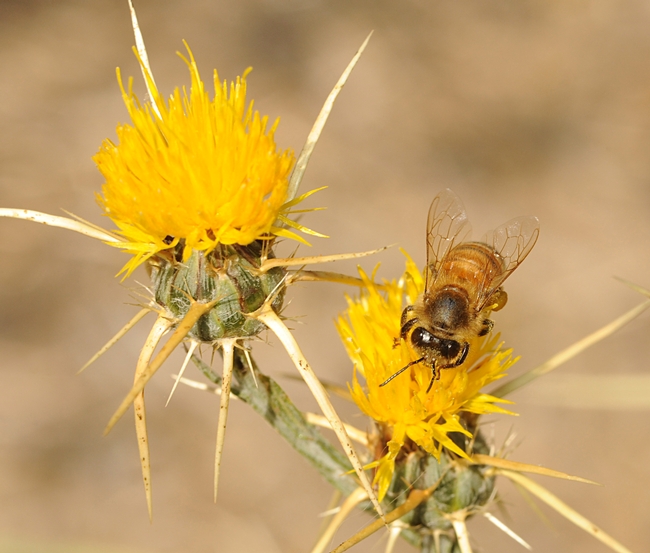 Yellow starthistle is a good plant for bees, but not for people. (Photo by Kathy Keatley Garvey)