New project seeks to build on the benefits of elderberries

Can plants typically grown for hedgerows also be a source of income? That's the question guiding a new UC study on the potential for farmers to grow elderberries as a commercial crop.

Blue elderberry, a California native plant with clusters of small bluish-black berries and a sweet-tart flavor, have long been eaten by Native Americans in the western states and are used today in jam, syrups, wines and liqueurs. And while elderberry orchards are popping up in parts of the Midwest, California's elderberries are usually just grown on field edges, and elderberry products sold retail rely mostly on foraged crops or imports. Elderberries are a rich source of vitamin C, and also contain vitamin B6 and iron.

Farmers at The Cloverleaf Farm near Davis are already selling elderberry products from plants grown on their farm, alongside their blackberries and stone fruits. And they find that customers love them. The farmers want to understand the viability of growing elderberries for market beyond their nascent effort, bringing some of the out-of-state production home. Elderberry products from the Cloverleaf Farm

“I think a lot about the long-term systems sustainability of our food system,” said Katie Fyhrie, one of the farmers at the Cloverleaf. “I keep thinking about how much we focus on production of blackberries and blueberries, when the elderberry also achieves that dark berry color and flavor people like with much fewer resources.”

Elderberries are typically grown on farms as hedgerows for their ability to attract beneficial insects, act as a windbreak, and sequester carbon, benefiting the overall health of the farm, but not providing direct benefit to a farmer's bottom line. Despite long-running federal cost-share programs for planting hedgerows, the number planted in California is still quite small relative to the large expanses of farmland in the state. Adding a financial incentive to planting elderberries may help increase the popularity of hedgerows amongst farmers. A newly planted Elderberry hedgerow in Yolo County.
“When we think about building sustainable farming practices, we can think about the whole farm as being a site of both conservation and profitability,” said Sonja Brodt, the project's principal researcher at UC SAREP. “Elderberries may have the potential to combine crop production with environmental conservation functions in a way not typically seen on California farms. This model would enable small- and medium-scale farmers to receive a direct income from a farm practice that benefits the ecosystem as well.”

As climate change impacts California with heat and unpredictable water availability, some studies suggest farmers may need to consider diversifying the crops they grow to adapt to changing local climates.

Elderberries, which grow in arid California regions along the coast and into the mountains, have the potential to grow in a range of climates and adapt to changing California ecosystems in the future.

It is unlikely that farmers would plant entire orchards of elderberries, in part because of restrictions on pruning elderberries that may be home to the Valley elderberry longhorn beetle, a federally threatened species. But for small- and medium-scale growers looking to diversify their income sources, elderberries may provide a boost.

The two-year elderberry project now underway will conclude with a growers' production guide, cost of production study, an assessment of market demand and nutritional contents, and workshops to help link growers with buyers interested in elderberry products. The project will also address issues related to the Valley elderberry longhorn beetle and generating income from hedgerows.

“Elderberry juice is already in so many products,” Fyrhie said, “so building a market for locally grown elderberries seems like a no-lose situation.”

For farmers interested in learning more about incorporating perennials into annual crop farms and similar agroforestry practices, view a webinar on the topic recently hosted by UC SAREP here.

Will edible native plants be a new food trend? Antonio Sanchez makes his Cleveland Sage Pesto. (Photo: UC Master Gardener Tim Easton)
Will edible natives plants be a new food trend, the ultimate in eating locally? Antonio Sanchez at the Rancho Santa Ana Botanic Garden in Claremont hopes so. Among California native plants are many overlooked food sources, some with gourmet potential, according to Sanchez, production manager at the garden. As an added bonus, edible natives are often low-water users that look great in landscapes. He recently gave UC Master Gardeners in Los Angeles County an overview of edible natives, and had them taste some of his favorites, including his recipe for Cleveland Sage Pesto.

There are six native plants that Sanchez thinks are especially worth checking out.

Adventurous cooks, gardeners, foragers, and anyone else who want to learn about edible native plants can attend the upcoming California Native Food Symposium, which will be held on November 14and 15 at the Rancho Santa Ana Botanic Garden. It's good to see so much interest in native bees and native plants. At the UC Davis Department of Entomology, we're frequently contacted by folks throughout the country... 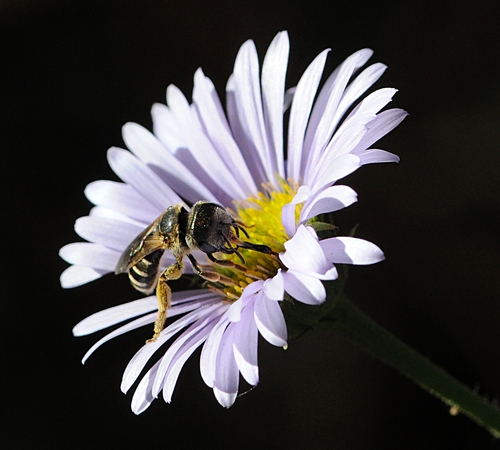 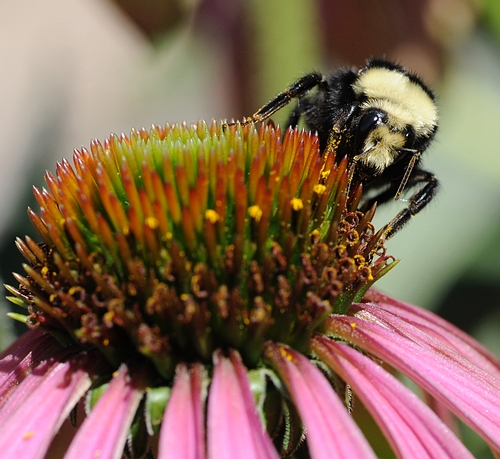